Will You Help My Parents Get Divorced on Google?

Almost eight years ago, my parents–Robert Reich and Clare Dalton–separated.  Six years later, in January of 2012, they got divorced.  I was twenty five at the separation, thirty one at the divorce.  As any adult child of divorce can tell you, it was still hard when it happened.  But it all happened a long time ago, and both of my parents have found wonderful new partners who make them very happy.  The wounds have mostly healed. 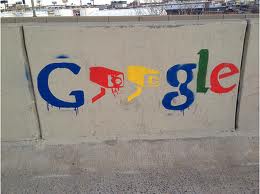 But for all its searching, aggregating, synthesizing, and disseminating, Google has not been keeping close enough tabs on the personal lives of my family of origin.  Google “Robert Reich” on your iPhone, and the second fact that appears–after the specific dimensions of my father’s very short stature (4′ 10″)–is that his spouse is Clare Dalton.

What’s more, my parents seem helpless to change it.  Both of them have sent personal emails to higher-ups at the company.  No dice.  What they have been told is that the easiest way to correct the page is to publish new material setting the record straight.  If my dad writes an Op-Ed about his new wife, or dedicates one of his regular radio commentaries to the end of his marriage to my mom, then maybe it will become true on Google.

For me, the error isn’t so meaningful.  Honestly, it’s kind of a relief.  I mean, I figured privacy had ended, that Google, the NSA, the FBI, Facebook, and Twitter had all been listening in as my brother and I processed the drama back in 2006.  But I guess they all missed that conversation, and the ones that followed, and all the electronic ink spilled over the last decade as everyone in my family processed the split.

It’s somewhat comforting for me that Big Brother hasn’t been watching, makes me feel like the dystopian full-information society about which we have all been warned is still some ways off.  But it’s not comforting for my parents, or for their new partners.  For them it feels like blackmail–like the only way they can bring their online presences into the present is to make their private lives even more public.  And what does seem disturbing to me is how little control we have about the information out there about us, even when we are willing to set the record straight.  The Google executives my parents have contacted seem committed to their algorithms even when they know they have led to falsehood.

So here is the request, an experiment:  Will you link to this page?  I’ll let you know if it changes the Google page.

8 responses to “Will You Help My Parents Get Divorced on Google?”